Well, it’s been quite a project, this social media primer of ours!  I hope it’s proven as useful to you, our readers, as it has been enjoyable for me to write!  I thought I’d take a couple of minutes to take a lingering glance in the rear-view mirror, and write a bit of a retrospective on what it means to carry out a social media marketing campaign–and how a primer fits in.

“We’re here,” I wrote in that initial blog post, “first and foremost, to talk about how to market your self-published book.”  And therein lies both the value and danger of social media as a marketing tool.  If you really are using social media effectively, as a natural and organic extension of your existing work and personality, then you’ll most definitely benefit, and your book sales will most definitely benefit as well.  If you approach social media as an all-purpose tool and the only tool you need in your toolbox–or if you present yourself falsely, inauthentically, or otherwise find yourself at odds with your fans–or if you bite off more than you can chew–or if you find yourself slipping into social media as just another time-waster–then you’re missing the point of being an author on social media.  These are the pitfalls, or at least a few of them, and they should not be taken lightly or underestimated. 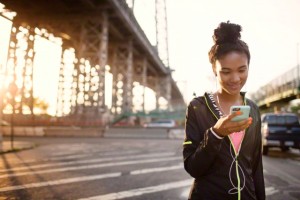 Here’s the trick to being a self-published author on social media:  You must always remember that you are, first and foremost, a writer.  And as we’ve said before here on Self Publishing Advisor, the absolute best decision you can ever make in marketing your book is to write another book.  If social media helps you spread the word, and helps you keep writing, then it has a place in your campaign.  If it distracts you, or distresses you, or eats into time you would otherwise spend writing, then you should revisit the expression “effective marketing.”  There is, however, a great deal of value to trying something new, especially when you hit a roadblock.  It is my hope that, by providing a primer guide to each of the major (and some of the minor) social media platforms, I may take some of the guesswork and fear out of launching yourself into the world of social media.  Maybe, just maybe, you’ll be able to bypass some of the misery and second-guessing and mistakes that I myself have made over the years–and find a new home, a new community, and an engaged readership in some unexplored corner of our digital universe.

Thank you for helping me build this Social Media Primer!  If you have any questions, comments, suggestions, or contributions, please use the comment field below or drop us a line at selfpublishingadvice@gmail.com.  And remember to check back each Wednesday for your weekly dose of marketing musings. ♠

Everyone’s got an opinion on how best to use social media.  These two simple words have become the locus for more blogs, podcasts, and even heated offline debates than any other subject in the last five years––or more.  In part we can attribute this pervasive conversation to the fact that the advent of social media has radically altered the average Westerner’s daily routine as well as that person’s basic expectations of relationships, whether we’re talking about relationships with other individuals, or with the companies and other institutions with which you or I might have some connection.  These days, for example, it’s entirely reasonable for consumers to expect their favorite companies––whether Nike, or Denny’s––as well as their favorite celebrities––be they Rihanna or Neil Gaiman––to have active and responsive presences on social media networks like Facebook, Twitter, and Instagram.  And while Lady Gaga won’t be able to respond to each and every tweet lobbed her way over the course of a day, the fact that she responds to any tweets renders her a more accessible figure to the average Twitter user. 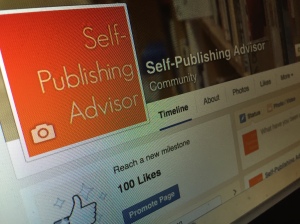 But we’re not just here to gab about the latest and greatest in Facebook updates and how to use the Twitter app––even though, certainly, those two will rank among many other topics we’ll examine over the coming weeks.  We’re here, first and foremost, to talk about how to market your self-published book.  It’s already hard enough to break into the market when it comes to books, especially self-published books––talk about a daunting proposition!––without a guide or even professional assistance; we exist to make your life a little bit easier.  To that end, each and every social networking tool I address will be tied back to this notion of marketing, and marketing specifically as a newly-published or on-the-verge-of-published indie, hybrid, or self-published author.

The first social network that everyone thinks of is still, by and large, Facebook.  And don’t worry, we’ll absolutely talk about how to use Facebook effectively.  It is important to note, however, that the bigger a platform is in terms of user base, the more “crowded” the market will seem to a reader seeking new material.  It is vital that an indie author knows the ins and outs of Facebook updates and feeds and public profiles and so on and so forth, because the vast majority of any author’s potential readers will have Facebook accounts; however, it’s just as vital for a self-published author to establish a certain degree of comfort with at least a couple of the lesser-used platforms, because they will be both more “discoverable” and more visible without the throng of other authors competing for attention.  To that end, I will take a stroll through each of the quote-on-quote “major” social networking sites, including:

… but I will also examine lesser-known or more specialized platforms, such as:

… because, ultimately, it’s the tools we’ve neglected that end up most surprising us with their unexplored possibilities.

There’s a lot more to using social media for book promotion, however, than simply knowing the names of the most popular sites or even how to set up an account with and update each one.  There are a whole host of other behaviors to discover, observe, and adopt––”best practices,” so to speak––than just generating content.  Authors have to know, for example, the inside tricks.  They have to know the whys as well as the wherefores: why does engaging your readers on multiple platforms translate to better book sales?  Why is it important to track your social media efficacy using analytics?  And most importantly of all, why is it necessary to create a strategy, a plan for your social media campaign?  I’ll walk with you through the theory––and together, we’ll peel back some of the layers that lie between us and a social media repertoire that actually makes a difference.  We’ll debunk some myths, learn some new things, and slowly work our way through.

(Since that’s kind of the point, in the end, of social networking.)

I hope you’ll join me in building this Social Media Primer!  If you have any questions, comments, suggestions, or contributions, please use the comment field below or drop us a line at selfpublishingadvice@gmail.com.  And remember to check back each Wednesday for your weekly dose of social media know-how. ♠