Welcome back to our Tuesday segment, where we’ll be revisiting some of our most popular posts from the last few years.  What’s stayed the same?  And what’s changed?  We’ll be updating you on the facts, and taking a new (and hopefully refreshing) angle on a few timeless classics of Self Publishing Advisor.

I know it’s a bit early to be setting my New Year’s resolutions in stone, so I’ll consider this post something softer than stone, more easily reshaped, but still very much real and solid and tangible––perhaps something like the digital version of putty or artists’ plaster, which will slowly resolve itself into fact.

My real reason for getting started early is twofold: I want to give myself the time to really think through the list, and I want to give you the time to put some of my resolutions to your own good use as 2015 rolls in.  And so, with no further ado:

I must admit, I’m fairly predictable when it comes to planning marketing events––I know what I’m good at, and what I’m comfortable doing, and that pretty much boils down to short readings and Q&As at local libraries.  In 2015, I resolve to try something new, or rather, to plan and attempt to execute at least one event that isn’t a reading or a Q&A session at a local library. You’ll note I used the hazy word attempt just now.  I think it’s important to put together a plan and to make a few phone calls, but not to shackle myself to an impossible agenda.  If, for example, my (very-beginning-stages) notion to put together a bi-weekly podcast proves an enormous drain on my time and energy, then I may need to reevaluate in a few months.

If I’m predictable about the kinds of events I host, then I’m even more predictable when it comes to the events I attend.  This last year, I’ve been a regular on the book-signing and book-reading circuits, but these are not the only events out there.  I need to diversify what I do so that I can become both a more well-informed reader and a more effective marketer myself!  In 2015, I resolve to attend at least one webinar, book festival, or other marketing event that is a little outside of my comfort zone.  Even if I have to travel a couple of hours to make it, or rearrange my work schedule for a few days, I intend to make this resolution a priority.

I know a little HTML, but I’ve been out of the coding game for a spell.  It’s time to dive back in, particularly with an eye for coding––whether HTML, CSS, Java, or some other programming language––that can boost my digital footprint.  In 2015, I resolve to read at least one book on the subject, or attend a class, or otherwise broaden my understanding of at least one of these codes.

#4:  Try out a new digital device or software application.

There are any number of apps out there which I can download to my iPad or e-reader which can help me keep track of my ongoing efforts at self-promotion––and many which can actually help me improve.  In 2015, I resolve to research, discover, and incorporate at least one new digital device, program, or app into my life, with a specific intention to boost my marketing efforts.  This resolution may actually pose a good challenge, since I have little to no idea of where to start.  There are so many possibilities!  The real trouble is narrowing the options down to just … one.

#5:  Launch a new round of SEO campaigns.

I’ve written extensively about Search Engine Optimization (SEO) before.  Now it’s time for me to practice what I preach!  In 2015, I resolve to put into effect a rigorous and updated SEO program to boost web traffic to my websites.  I’ve dabbled in a great many of the strategies out there at one time or another, but with little accountability and thoroughness.  This time around, I want to be more organized about my SEO efforts––and more regular.  It’s not enough to apply some of the techniques some of the time––I need to apply most of the techniques on a regular basis, or else it’s all just wasted effort.  Readers respect reliability!

Just as I’ve casually speed-dated most of the SEO stratagems out there without committing to any one plan, I’ve felt my way around all or almost all of the major social media platforms––Twitter, Facebook, Instagram, Pinterest, Tumblr, Blogger, Goodreads, LinkedIn, and many others––without putting into effect any rigorous plan of action.  I’ll post a picture to Instagram one day and forget about it for a few weeks, then write ten tweets in quick succession, only to let my twitter handle lapse for months on end. In 2015, I’ll put together a calendar, and a schedule, to better handle my social media accounts.  I pledge to dismantle the accounts I don’t actively use or am failing to use effectively, and pour my time and energy into the outlets that do effective work for my self-promotion.  I pledge, too, to make a habit of timing my posts, so that readers know when they can expect to see something new show up on one of my websites.

… and you’ll have to stick around until next Wednesday for the other six.  In part because I’ve reached my word limit for the week, and in part because I want my final six resolutions to be even better than my first six!

Can it really be––almost––2015?  It’s hard to believe, sometimes, that this entire industry has been born and made, and remade, and evolved into endless permutations––all within my lifetime.  All within living memory.  The printing press has been around since the 1300s, but since then the process of making and selling books has never seen such a rapid and total transformation as it has within the last twenty years, and perhaps even the last decade.  Digital publication and distribution, e-readers, self-publishing, collaborative writing forums, viral marketing—we live in an exciting time that shows no signs of slowing down.  I, for one, hope to match the broad spectrum of these changes with a few, specific, targeted evolutions of my own.  I’m going to start small, here, in the new year.  In 2015.  I hope you’ll join me!

Originally my goal was to revisit this blog post after just one year of labor–perhaps in early 2016–but life being what it is, and my memory too, I instead am coming to it now at the tail end of two years of work. And yes, since it was originally a two-parter, I will be revisiting it in two parts … but all that is just scaffolding. It’s not why you’re here.

You’re here to find out if I succeeded or not!

You might have noticed there were 12 New Year’s resolutions mentioned in the title of this blog post, and 12 in the original (split) post from 2014. Never fear–I’ll be getting to the remaining six next week! But before I get there, I wanted to drop you, dear readers, a quick line to ask: how did you do on your resolutions for 2016? How about 2015? And what do you hope to accomplish in 2017? 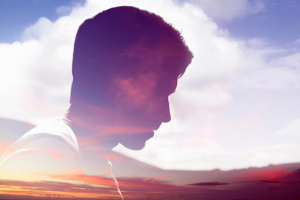 Thanks for reading.  If you have any other ideas, I’d love to hear them.  Drop me a line in the comments section below and I’ll respond as quickly as I can.  ♠

ABOUT KELLY SCHUKNECHT: Kelly Schuknecht is the Executive Vice President of Outskirts Press. In addition to her contributions to the Outskirts Press blog at blog.outskirtspress.com, Kelly and a group of talented marketing experts offer book marketing services, support, and products to not only published Outskirts Press authors, but to all authors and professionals who are interested in marketing their books and/or careers. Learn more about Kelly on her blog, kellyschuknecht.com.