TIME TO CELEBRATE OUR FREEDOM TO WRITE!

WOULD YOU give up your freedom—your physical freedom—if you were threatened with imprisonment or death if you kept writing and continued to publish your work? I’ve often wondered if I have the stamina and courage it takes to make such a commitment. I’ve also wondered about the writers of our own Declaration of Independence who risked not only their lives (and the lives of their families and friends) in penning of those words.

In November of 1775, when the Continental Congress was attempting to negotiate “fair terms” with “the Homeland,” Thomas Jefferson wrote this statement: Believe me, dear Sir: there is not in the British empire a man who more cordially loves a union with Great Britain than I do. But, by the God that made me, I will cease to exist before I yield to a connection on such terms as the British Parliament proposes; and in this, I think I speak the sentiments of America.

Did he know those were “fightin’ words?” Probably. There had already been fighting in the city streets and countryside (Boston Tea Party, 1773), and there would be more because British Commanders were ordered to make it plain that Parliament was the “supreme authority” and anything that Parliament did was constitutional. However our colony ancestors had developed different ideas—that citizens had “fundamental rights” that no government could violate, not even Parliament.

So it was that by 1774, writers, such as Samuel Adams, James Wilson and Thomas Jefferson produced documents stating that the colonies, with their own legislatures, were connected to the rest of the “empire” ONLY through their allegiance to the Crown.

What would have happened if WRITERS—men and women whose skills and abilities allowed them to “wordsmith” the thoughts of a nation—had not accepted their role? What would have happened if these writers refused to listen to the hopes of Freedom that drove their families across the ocean? Only about half the women colonists were able to write, however, they spoke loudly through Abigail Adams (wife of John Adams) who sent him a letter while he attended the Second Continental Congress. “Remember the ladies” while you’re shaping this new nation, she wrote. If you don’t “we are determined to foment a rebellion and will not hold ourselves bound by any laws in which we have no voice or representation.” 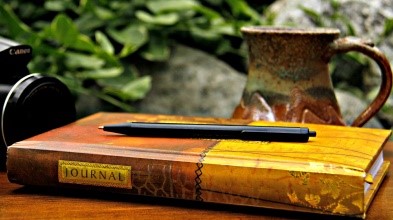 Thomas Paine agreed with her about having a voice and published his Common Sense pamphlet (50-pages) that urged Americans to fight not only against taxation but for their independence. It sold more than half-a-million copies within a few months’ time.

The legacy we writers hold in our hands and hearts, as we develop the genres we’re drawn to, is as close to home as our living rooms and the pages we read to our children and as far-reaching as future generations will carry it—whatever format that might look like. With all my heart, I encourage you to write, and publish! You are the only person on this planet who can produce the works that are spinning in your thoughts.

The world is waiting. ⚓︎

ABOUT ROYALENE DOYLE: Royalene has been writing something since before kindergarten days and continues to love the process. Through her small business—DOYLE WRITING SERVICES—she brings more than 40 years of writing experience to authors who need “just a little assistance” with completing their projects. This is a nice fit as she develops these blogs for Outskirts Press (OP) a leading self-publisher, and occasionally accepts a ghostwriting project from one of their clients. Her recent book release (with OP) titled FIREPROOF PROVERBS, A Writer’s Study of Words, is already receiving excellent reviews including several professional writer’s endorsements given on the book’s back cover.

Royalene’s writing experience grew through a wide variety of positions from Office Manager and Administrative Assistant to Teacher of Literature and Advanced Writing courses and editor/writer for an International Christian ministry. Her willingness to listen to struggling authors, learn their goals and expectations and discern their writing voice has brought many manuscripts into the published books arena.