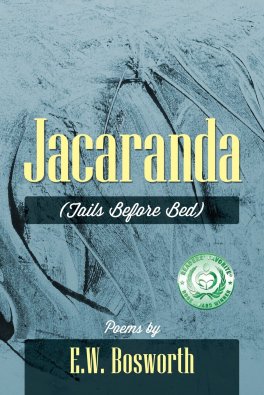 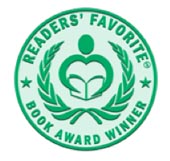 In Jacaranda: Tails Before Bed, E. W. Bosworth shares personal dilemmas nevertheless common to us all. The scope of his engagement with life’s contradictions, including his subtle evocation of the great antinomies – thought and feeling, sound and silence, comfort and unrest – is evident from one page to the next, one stanza to the next, and frequently within the precarious balance of a single line. This is Bosworth’s individual response to the uniformity of post-post-modernism in contrast to which he offers a unique voice indicative of what he names “postmodern formalism”.

Asked in an interview of May, 2012, to clarify that term, he responded: “Since about 1970 American poetry has become increasingly dedicated to evincing a psychology of deconstructive theory in which the persona, the proffered speaker, is determined above all to avoid direct statement (logocentrism) with the result that indirection has become, repeatedly, the “new” direction in putative service of a transcendental subjectivity. But the human ego is not so easily dismissed, nor will its individual goals submit to categorical erasure. The poetic method of group-theory is programmatic to the extent that in the typical journal it is difficult to distinguish originality from consent. From an aesthetic perspective, there could be no more telling evidence of logocentricity than that. A postmodern formalism must embody, must demonstrate, must enact the contradictions inherent in a systematic denial of history.”

“Jacaranda: Tails Before Bed” is a 127-page book of poetry by E. W. Bosworth. It is divided into six chapters of random poems that deal with love and life. Bosworth is a new poet and, according to him, his writing is a reaction to the uniformity of post-post-modernism. He calls this unique voice postmodern formalism, which embodies, demonstrates and enacts the contradictions that he believes are inherent in a “systematic denial of history.” Each chapter in the book starts with black and white images that seem to hold meanings too. Reading his poems is like listening to a new voice in poetry that is waiting to be heard.

It is simply difficult to ignore Bosworth’s poems as they draw us into his varied experiences. In ‘Craft’, he says: “A poet wrote that walls don’t have to be confining, nothing to make a body “fret”. “He came up with that while wandering around the mountain with a sonnet in his head.” I guess this sums up pretty well the author’s creative process, and the simplicity in his choice of words makes his poems quite charming. Much of Bosworth’s poetry is inspired by the people and the events that surround him but there are also flowers, birds, snow, philosophy, history, and the human struggle that soars above us all. His poems are full of images and, as a reader, I try to find out his meaning to determine where he is bringing us. Through his experiences in life, just what is this poet trying to say? In the first lines of his poem ‘Parole’, he writes: “Looking into the Jacaranda is looking into your life no wonder there’s so much simile on top of simile.” Indeed, his poems leave me to determine, for myself, which features of his reference point he is trying to predicate. This is an enjoyable and insightful book of poetry.

E.W. Bosworth is a new poet to me. Opening Jacaranda was like opening Ed Dorn’s Collected Poems. Ed Dorn as mentored by Charles Olson. Bosworth’s inventiveness and brilliance are never in doubt here. This is American Poetry for Americans. Americans who read poetry. Read the poem “Carolina.” Often there is a brio in the line that pushes the poem to unforgettableness. If you ask me, buy the book. Even the illustrations, unfortunately in black and white, are worth it.

All Bosworth’s tight knits are re-versed with pearls, crossing his needles out and back, in a postmodern twist of creating while casting off, dropping stitches and rows . With form held in ‘bolts of iron’ , the breaks come amidst the words, sometimes within a word. Sleep…wake….break- if you don’t get it, don’t worry about it!