When we read good reviews, we definitely like to share them. It gives the author a few (permanent) moments of fame and allows us to let the community know about a great book. Here’s this week’s book review, courtesy of Midwest Book Review: 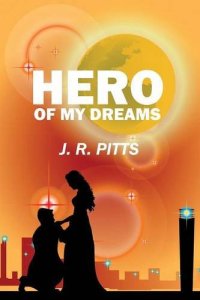 Hero of My Dreams

The crew of the Arklardin Command Air Transport traverses a wormhole that empties them into the spiral Milky Way galaxy. Time is running out and they must find the one they seek. This is the third day of their search to find a hero who can lead Arklardin against an alien invasion. ZEUS, their on-board computer, directs them to a small blue planet. Kumari, the beautiful science officer who operates the advanced computer wonders, “Will we find the one we seek here?”
Arklardin is a peace-loving planet millions of light years from Earth. Their ancestors outlawed war centuries ago and nothing could have prepared them for this intrusion upon their serenity. An evil tyrant interrupted the nation of Pretoria’s winter games; his chilling words rang out across their fairgrounds: “Surrender or die.”
Kumari is filled with dread as she realizes her dreams are coming true. For over two years she has been tormented by visions of imminent danger to her world. She is perplexed and confused because the hero of her dreams always snatches her from the jaws of the dragon but never lets her see his face. If her hero is her fiance, then why does he hide his face? Surely if he is known to her, he would show himself. Kumari and her crew have been commissioned by the Pretorian king to search other worlds and recruit the warrior they so desperately need.
Dragoon is Lord and Master of the planet Zharbruk. His lust for power and conquest causes him to turn his eyes to his neighbor, the huge peace-loving planet of Arklardin. A secret alliance gives his forces what they need to begin the interplanetary assault. However,his vision of conquest is not limited to his own solar system. Once he has Arklardin under his heel, there will be other inhabited worlds to conquer. Will the universe bring forth a champion to defend this beautiful planet?
Meanwhile on Earth, a young, handsome war hero contemplates his life and the war he has come home from. Awarded the Medal of Honor for courage during a bloody action in Southeast Asia, he wonders if there is some grand design for his life. Has he endured the horrors of war for nothing, or has a Higher Power been preparing him for some worthy cause? He is confused at the direction of his life. Lieutenant Alexander Freeman last saw Veronica standing beside his best friend when he sailed off to war. He was not prepared for her Dear John letter to arrive the day his first tour of duty ended. It was at this time he began to have the dreams. A beautiful apparition often visited and seemed to be in peril. He knows it is only a dream but is puzzled at the strong emotions manifested.
Arriving back in his hometown of Wimauma, Florida, the war hero settles into the rustic life of a cattleman. One night as he lays beside the pristine Little Manatee River, absorbed in the beauty of the night sky, a bright light suddenly catches his attention.Alexander Freeman has no idea the events of this night will cast him into conflict out among the stars where he has always found solace. Destiny has finally found him and his life will never be the same.
Could it be possible these two young lives have connected in their dreams from worlds millions of light years apart?Have the dreams of Kumari and Alex brought them together for some purpose other than repelling the invasion? Is he truly her hero and can he, in the process of saving her, save her world?

Hero of My Dreams by J. R. Pitts is a fantasy all readers must have. It is fast-paced. Tons of action, as well as immediate danger, plunge readers deeper into the story. A journey that travels beyond space into dreams. This romantic story packs a lot. A peaceful planet in danger of a horrible invasion and they only have so much time before they find someone who can save them. One man on earth might be just the one. Alex, already a hero from fighting a war in his country keeps having dreams of a woman. What he doesn’t expect or know is that the woman is real and her planet is in trouble. Dreams, love, fate, and war are all tied in beautifully by this talented writer. I normally am very picky when it comes to fantasy novels and this one has met every one of my expectations. I was instantly taken into the foreign world created in this stunning fictional piece. The characters were believable. Enemies can be defeated and dreams can come true. I loved reading Hero of My Dreams. Overall, I highly recommend it to readers everywhere.

Here’s what some other reviewers are saying:

‘Hero of My Dreams’ by J.R. Pitts focuses on the princess of a peace loving planet (Arklardin). She is forced to fight for the freedom of her people against the evil Lord of Zharburk. This book has fantasy with intrigue, and romance with adventure. Written in an easy to read style, this book proves what a born storyteller J.R. Pitts is, because the entire driving force behind the book is the fact that it is unashamedly a fantasy story. With vivid atmosphere deftly brought to life, the author’s writing goes beyond creating a story in our minds; it truly feels like you’re walking in their footsteps. The fact that he manages to blend Sci-fi with the Medieval seamlessly is even more spectacular. The attention to detail only serves to make this story even more enjoyable. Can an earthling prove worthy of a princess’ love. Can a princess find the hero of her dreams? Open this book to find out.

Hero of My Dreams is a fantastic book.It has fantasy,romance and adventure all wrapped up in one great book.It kept me on the edge of my seat wondering what was going to happen next. I laughed…I cried reading the romantic parts.You can feel the passion that J R Pitts has for writing when you read his books. If there was a rating higher than 5 stars J R Pitts would surely deserve it.