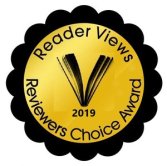 Earth is on the brink of self-destruction. The fate of an entire planet rests on the shoulders of 212 people chosen to establish a colony on a recently discovered Goldilocks planet. Tests revealed the planet could sustain life…but they didn’t show that life already existed there. The crew from Earth is met by many hostile creatures, but it’s way too late to turn back. They must find a way to establish a colony…without making the same mistakes that destroyed Earth.

Drawing from thirty-five years as an engineer, J. G. Possum has written a believable science-fiction novel steeped in fact that is also a thrilling page-turner. Tara: The Goldilocks Planet will enthrall casual and lifelong sci-fi readers alike.

“Tara” by J.G. Possum is a sci-fi novel following a group of men and women who have fled the planet Earth in the midst of an atomic war between nations. After traveling for fourteen months on their spaceship Aquarius, they reach a new planet they name Tara. Finding a new planet is not the end of their journey together though. Now they must build a new civilization and navigate new relationships with Tara’s current population.

Of Tara’s two continents, one is already spoken for upon the arrival of the Aquarius. The more hospitable Southern Continent, eventually named Erona, is inhabited by the Eron, an alien species that fled their own planet long ago. They allow the humans to attempt settling on the dangerous Northern Continent, which they name Earthland. One of the most interesting parts of this novel is watching the two nations navigate a tentative alliance. The Eron are cautious, having been taken advantage of before, but the humans are desperate to rebuild their civilization on Tara and must find a way to live in peace with their new neighbors. Watching the new diplomatic ties being formed and negotiated is thrilling.

The real story begins after the Aquarius has landed on Earthland. Building a new country is no easy task, and readers are taken through the process step by step. From forming a new government, to creating a monetary system, to actually building Earthland’s first city, the audience gets to witness a new society being born.

As readers follow Earthland’s birth and watch the new country’s leaders attempt to cement their people’s place on Tara, they will perhaps notice a flaw within the story; there is a lack of conflict. Earthland’s leaders never disagree with each other and their constituents are willing to go along with every decision they make. Lack of conflict is a problem that permeates other areas of “Tara” as well but is most prevalent in scenes between members of Earthland’s first designated governing body. Disagreements and tension between the government leaders would add another layer to the novel’s plot as well as add a more realistic element. Every government has some faction of the constituency it represents that stands against it, no matter how popular it is with the majority. In “Tara,” resolution comes far too easily to the protagonists in every circumstance.

“Tara” by J.G. Possum is an interesting case. While it is presented as a science fiction story, more emphasis is placed on building civilizations and creating a history for a new society. I greatly enjoyed those aspects of the novel. I could definitely see it becoming favorite of nonfiction/culture buffs looking to get into the fiction scene.

Great story…and a must read.
I truly enjoyed reading Tara. I couldn’t help but compare their new life on Tara with what our forefathers had to work through. It is also refreshing to see how diverse people can coexist, create a bond, protect each other, and advance life (wherever they make their home). Great job J.G. Possum. I can wait to read your next book as I’m sure its bubbling in your head already.

– reviewed on Amazon by jf

Entertaining and Uplifting With a Powerful Message
[T]ARA is thought provoking, believable and holds more than a few surprises. Grab this book, settle into a comfy chair and dig right in to experience mankind at its finest! You won’t be sorry!

– reviewed on Amazon by Stephanie Dil